Just Below the Surface

Bill and his two sisters Stacey and Jacinta have gathered for a close family barbecue the day after the funeral of their alcoholic father. Not the closest of siblings, the air is tense as they try to patch up a few problems and gain some semblance of family after not seeing each other for four years. The gathering has the potential to become an unexpectantly joyous one when their three teenage children return from metal detecting in the bush nearby with a giant gold nugget. The find, rather than bringing the families together send them spiralling out of control.

Winner, Encouragement Award for Actor under 20 in an adult play - Kyneton One Act Play Festival 2017 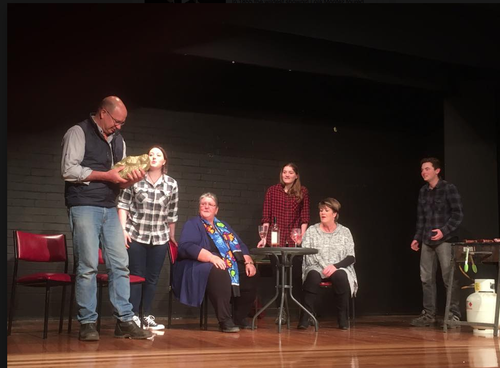