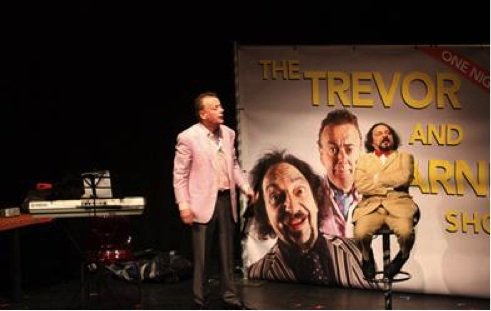 Trevor and Barney are a hit duo comedy act. They are waiting back stage preparing for another night at the Riviera Club. But Trevor and Barney are not the friends you would expect. Barney believes that Trevor is jealous of the laughs he gets and goads Trevor as being “just a straight man”. He then starts questioning Trevor about his state of mind and whether he needs counselling. As their tense interchanges continue, dark secrets begin to be exposed that lead to a giant twist that audiences won’t see coming.

Just A Straight Man was also invited to the 2013 All England Winners Final and gained a nomination for Best Play. While it did not win the award it was one of only three plays to be nominated for best play out of all the winners of the UK festivals. 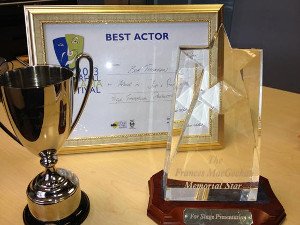 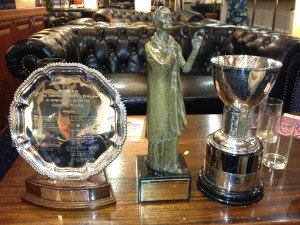 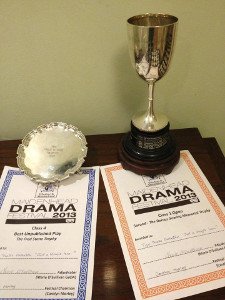 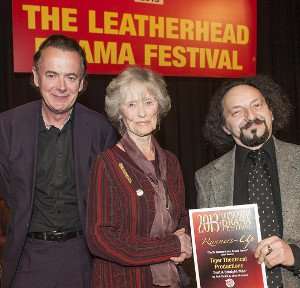 In 2015 Abbey Players staged Just a Straight Man in a number festivals and were successful in progressing to the semi-finals of the All England Competition where it was defeated by one point by the eventual winners of the overall competition. On its way it collected the following awards: 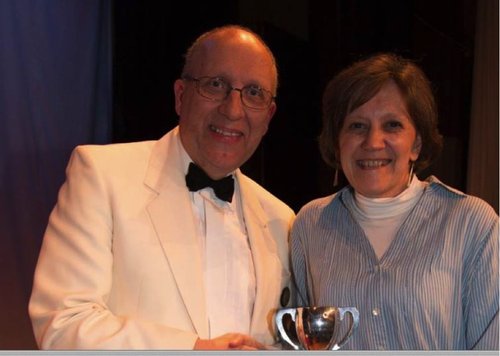 "Rob Smith and John Mawson have written many award winning, 45-minute plays, with this being one of their best. One of the very best short plays this year." - Gordon the Optom (Independent Theatre Association)