'Play On Words - The heavyweights in Australian productions!' 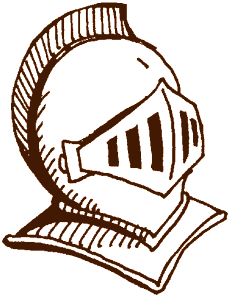 The wicked witch has been cursed with the loss of her powers when a young girl finds true love. The witch has previously had all the teenaged girls in the kingdom killed, but it seems that one has survived. She unleashes her pet dragon to wreak havoc and kill the girl, but to make sure, she and her loyal bird, Clawed Crow go to the Kingdom of Clod.

She gains employment in the Court of the King and Queen of Clod. Characters we meet there include Mervyn the inept magician, and Sir Gary, the last knight.

The reluctant Sir Gary and his even more reluctant talking horse, Edward, are charged with ridding the kingdom of the dragon. His horse hits upon the idea of killing Piff the harmless dragon instead. But Piff is a special friend of Gary's love, the beautiful Princess Beauticia.

George, the odious Dragon Slayer, arrives on the scene and kills the evil dragon to win the hand of the King's daughter in marriage. Is this going to be an unhappy ending? Of course not! There is a little twist in the tail. (of the tale)

A great opportunity for costume and fun and features 10 bouncy songs from the pen of Deam Moore.

This show is suitable for upper primary or secondary groups, but would make a great show for adults to put on for kids. (about 80 minutes)