New Principal Miss Winterbottom, has taken over Lou Zir High and has the immediate effect of alienating both the staff and students of the school with her tyrannical administration. Her only ally is Mr Spotrinse, her Business Manager, who sees himself reaping the benefits of her dictatorship. The staff, led by the union rep Worktarool, concoct various schemes including assassination to remove Winterbottom. Overlayed on this is a zany collection of students we can all recognise who have equally malicious thoughts towards Winterbottom who has assigned them the task of organising the farewell to the year 12 students. This is to occur in the first two weeks of Term 1! Unbeknownst to everybody, Hiroshima, a crazed exchange student is also attempting to bring the school undone with the use of his supercomputer Lock 'n Loll. 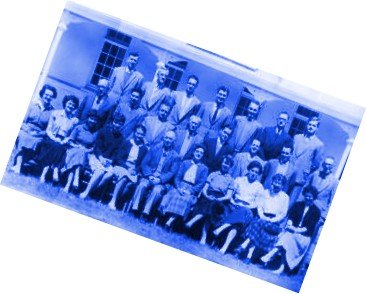 So its plot upon plot as the story reaches its conclusion with the return of the school's benefactor, Lou Zir, a cabaret performer of dubious success. Other great characters include the readily recognisable first year teachers Mr Spiceguy who craves to be the students friend, and the raunchy Miss Ribald. Also on staff are the grossly overweight American exchange teacher Mr Skidmark, the PE coordinator Corker and the Deputy Principal Mr Babble.

So if it's laughs you're after, mixed with a variety of musical styles than we recommend you attend Lou Zir High.