'Time flies and you're having fun!'

Time Warped is the new musical from the old firm of John Mawson, Rob Smith and Ros Jennings and takes us from the present time to a future of interplanetary conflict.

Our story starts with our central character ‘Nits’, a biologist specialising in parasites, smashing an ancient relic in a university history department. To help make good, he reveals a secret time machine in the physics laboratory which he plans to use to go back in time to replace to lost antiquity.

Things start to go amiss when to time machine accidentally takes the salvage party to the future rather than the past, to a future wracked by interplanetary conflict. All the travellers are arrested except Nits who undertakes a series of hilarious and ridiculous plots to save those in custody. How is Nits to know that he is only one of three charlatans who plan to impersonate the kidnapped prince Bentley? What results will keep your audiences laughing all the way home. 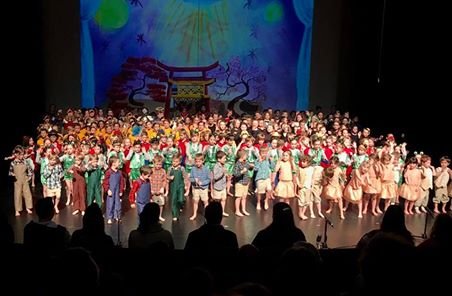